Here’s a link to the first review, which is mine.

Reynolds at 16 on the cover of the NAACP magazine, The Crisis

American Cocktail: A “Colored Girl” in the World

By Anita Reynolds, with Howard Miller. Edited by George Hutchinson 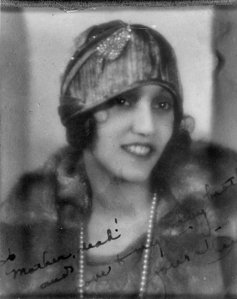 Anita Reynolds, born in 1901 in Chicago, came of age in Los Angeles, California, during the heyday of silent films. She was a smart, clever, and vivacious teenager, who, as she says, early on “relished the role of prima donna.” She and her brother, Sumner, were encouraged in their interest in the arts by their exuberant family, both the bevy of kinfolk in California and the numerous far-flung peripatetic relatives who circled back to visit from time to time. School dropouts and Harvard graduates, their professions ranged from mail sorter at a post office to well-placed member of the foreign service…