You have to read to the part near the bottom about Edmonia Lewis.

Lee B. Anderson filled a Manhattan town house with Gothic and Egyptian Revival furniture and Neo-classical statues of politicians and authors. Pinnacles and sphinxes sprouted from chairs, brackets and inkwells, and shelves were packed with busts of Patrick Henry and Washington Irving, among other luminaries.

The collection is now being dispersed. On Sept. 8 and 9, Neal Auction in New Orleans will offer about 1,000 pieces from the estate, and about 1,000 more will appear in a Sept. 19 auction at Doyle New York. (Lots are mostly estimated at a few thousand dollars each in both sales.) More paintings and furniture are slated for Doyle in November and Sotheby’s in New York in January.

For Sept. 19, Doyle has placed a $20,000 to $40,000 estimate on an 1871 white marble relief of a gentleman in profile, sculptured by Edmonia Lewis. Mr. Anderson believed it represented Ralph Waldo Emerson. But Lewis, who had a black father and an Ojibwa mother, might have found Emerson distasteful; he considered nonwhites inferior.

Moreover, she apparently never met Emerson. “We haven’t found any record of a sitting,” said Albert Henderson, a historian who runs a Web site dedicated to the artist,edmonialewis.com, and is publishing an e-book about her. 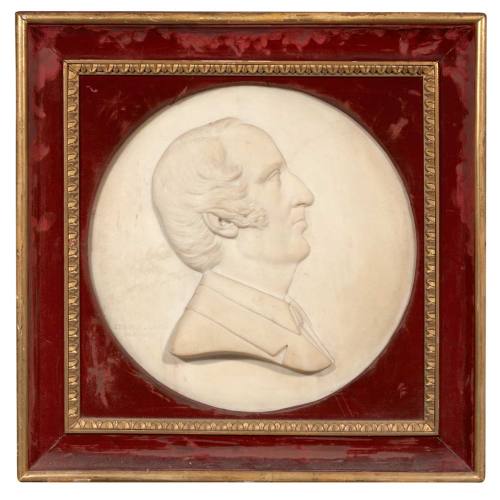 Lewis had a busy workshop in Rome after the Civil War and often sculptured white activists, including William Lloyd Garrison and Robert Gould Shaw. Marilyn Richardson, an art historian who is writing a Lewis biography for the University of North Carolina Press, said the Doyle carving actually depicted the abolitionist Wendell Phillips.

He had flamboyant sideburns like the strands bristling on the 1871 sculpture. “She really captured him,” Ms. Richardson said in a phone interview.