Beyond words and grateful for their words

This Could Not Be More Delightful!

When the answers to the questionnaires were analyzed, it wasn’t just that whites thought that anti-white bias existed, they thought that it had grown in inverse proportion to the tremendous gains against bias they thought blacks had made. Whites tended to view blacks’ gains as a “zero sum game,” in which gains for blacks could only come at the expense of whites.

Of course, when one looks at outcomes, a very different picture emerges. In terms of health, education, jobs, income, home ownership, and a host of other things that define personal and professional life in America, whites still do far better than blacks… forty-odd years after the Civil Rights Act was first passed. Yet, in the face of all that, whites will say, “Yeah, but…” and continue down their road of certainty that whites today face worse bias than do blacks.

It is true that blacks remain among the poorest, most segregated and most unemployed of all Americans. The problem is not that this is true… the problem is that such grim reality is invisible to white fellow citizens. America seems to have become a land of competitive victimhood, where whites, especially white men vie to prove they are more discriminated against than blacks are.

Blacks, however, see progress since the racial bias of the 1950s, but still see a strong hand of prejudice against them. They don’t see their progress as coming at the expense of whites in general. Blacks acknowledge, of course, that their progress came at the cost of white privilege, and at the loss of the day when a black applicant competing with a white applicant for any job, knew walking in the door he had already lost, but not that their gains against bias meant that whites became the victims of bias.

Whites tend to see programs such as affirmative action, equal-opportunity lending, education and hiring, busing, and similar programs designed specifically to overcome the ingrained habits of “hiring white first,” as programs designed instead to limit their opportunities, and as evidence of their victimization by anti-white bias.

Despite all the complaints about programs designed to overcome the prejudices built over centuries in the USA, the insistence that Affirmative Action is nothing more than codified racism, making employers hire less competent blacks over qualified whites (why blacks are always “less competent” and whites are “qualified” in these complaints will forever be a mystery), no one ever comes up with an alternative that works as well, much less better. However, the Supreme Court struck down a couple of those programs within the last couple of years, and it bothers all too few that the negative impact on the black community is already clear.

These werE the rides I participated in

Following the Freedom Rides, CORE workers in the border states focused on desegregation of public transportation and accommodations, while those in the North centered their activities on public education, employment, and housing, and CORE chapters in the South concentrated on voter registration.

In Maryland in 1961–1962, the national CORE launched a project to desegregate all restaurants on Highway 40 between Washington, D.C., and New York City. The project was sparked by the arrest and fourteen-day jailing of Juanita and Wallace Nelson for protesting the refusal of a Highway 40 restaurant to serve them. The campaign mobilized several hundred college students to picket Baltimore restaurants and conduct a Route 40 FreedomRide. The political objective was realized with passage of city and state public-accommodation laws in Maryland. 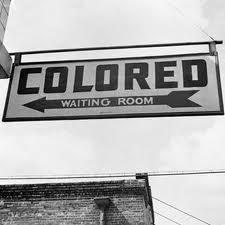 As countries in Africa and Asia free themselves from colonial rule, they send diplomats to Washington and the United Nations in New York City. Dark-skinned ambassadors traveling between New York and DC through segregated Maryland are denied service and subjected to the same Jim Crow humiliations as American Blacks. As the owner of one establishment explained after refusing to serve the ambassador from Chad and then physically assaulting him: “He looked just like an ordinary nigra to me.” All of this embarrasses the U.S government. And it undercuts the State Department’s effort to woo emerging nations into the “Free World,” and prevent them from aligning with the Soviets.

US-1 and US-40 are the main highways into DC from the north. When the Freedom Rides force the issue of segregation in inter-state travel to national and international attention, the Feds pressure restaurants on those routes to serve African diplomats, and gas stations to allow them to use the cleaner “white” restrooms. But to be recognized as foreign dignitaries they have to wear traditional garb.

Students at nearby Black colleges dress as Africans and are served. This sparks CORE’s Route 40 Project which systematically desegregates facilities for all Blacks regardless of what they wear. Also involved in the Route 40 project is Baltimore’s Civic Interest Group (CIG) — a SNCC-affiliated coalition of student activists from Morgan State and other local colleges — and the Nonviolent Action Group (NAG) from Howard University. The project uses a variety of nonviolent, direct-action tactics including sit-ins, consumer boycotts, pickets and other protests. When CORE threatens a massive Freedom Motorcade in early November, most Route 40 restaurants agree to desegregate.

CORE then expands down US-1 into Virginia and North Carolina (see Freedom Highways in the Tarheel State).

Another FB conversation I want to save

[ This is not a thread I started. I’ve tried to delete links that would invade people’s privacy.]

Wagner – RIDE OF THE VALKYRIES – Furtwangler

The Ride of the Valkyries, by Richard Wagner, in a classic recording with Wilhelm Furtwangler and the Vienna Philharmonic. Illustrations are by Arthur Rackha…

Such a cool picture of Dan in a European cafe. Just feels like summer looking at it. 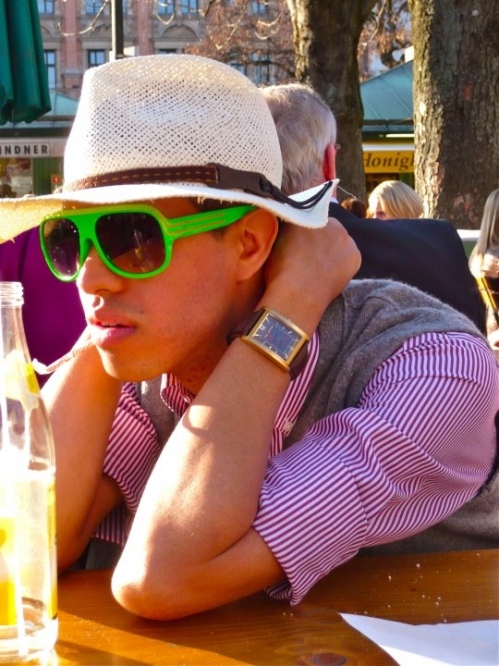