[Scrapbook entries are occasional posts of events in which I was involved over the years. They turn up on Google and I post them – – wildly out of any chronological sequence]

A show I curated which traveled throughout Massachusetts from 2000 through 2003. 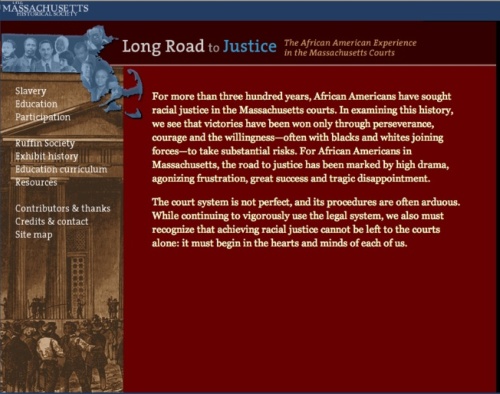 Songs of Solace in Norway

Here’s what just made me gasp aloud:

A small story, almost a filler, on NPR. A Norwegian radio station has been asking people to request songs that speak to them of solace, support and unity. The announcer said there were many – – but three top requests. One, almost a lullaby, is about Norway as a small country on the edge of the world, and he played a few verses.

Next, he described a song that was originally a poem from the 1930s telling young people to beware of growing Fascism in the world. Sounds heavy-handed, but it was set to music in the ’50s and is a fine folk song. Some young people said they sang it to themselves to find courage as they swam away from the island under fire.

Then the announcer talked about songs from all over the world that people had requested. But said there was one above all. I half-way expected “Imagine.” Instead, it was Bob Marley, Redemption Song. In grief-stricken Norway.

If the person who killed 70+ people in Norway was a Muslim, the Press would have declared him as terrorist. For now though, he is just an ‘Assailant ‘, ‘Attacker’ (Reuters), ‘Gunman’ (BBC, CNN & Al Jazeera). Looks like ‘Terrorist’ is a name reserved for Muslims? The US Dept of State calls it an ‘Act of Violence’, Not an ‘Act of Terrorism’. Share this status and let the world know, hypocrisy is leading us all astray.

And from friend Freddie McKenna:

I wonder what it would take to convey terrorist status on this guy (other than his wearing a keffiyeh and riding a camel through the streets of Oslo). Thinking the press rationalizes that if you act alone and are not part of some kind of terrorist organization, you’re just a lone whack job. Never heard them call Timothy McVeigh a terrorist either.

Interactive Rooms At The Barnes

Sarah Parker Remond and the Remonds of Salem

Sarah Parker Remond was born in Salem, Massachusetts, in 1826. She died in Rome, Italy, in December of 1894. The decades between were filled with a life of activism, adventure, and personal achievement.

She was a daughter of Salem’s most prominent African American family of their day. Yet, when Sarah and one of her sisters finished primary school they were refused admission to the Salem secondary school because of their race.

The Family moved to Newport, Rhode Island, where the children attended a private school. John Remond and others initiated law suits to integrate the Salem school. When their case was won the family returned to Salem.

In 1853 Sarah and a party of friends, including the black historian, William C. Nell, purchased tickets by mail to the most popular opera in Boston, Donizetti’s Don Pasquale, performed at the Howard Athenaeum. When Remond refused to be redirected to the segregated section when the theater managers realized the group was black, she was shoved down a flight of stairs and injured. She sued the theater, winning $500 in damages; the theater was ordered by the court to integrate all seating.

Sarah Parker Remond became a speaker for the American Anti-Slavery Society. She agreed to travel to Great Britain on the eve of the Civil War to promote the cause of the Union and to argue against British sympathies for the Confederate South whose cotton supplied the many British mills. She lectured throughout England, Scotland and Ireland.

Determined to further her education, she also attended London’s Bedford College For Women. And after the War she went on to attend medical school at Santa Maria Nuova Hospital in Florence, Italy. She lived the remainder of her life in Italy.

Throughout, Remond was an international activist for human rights and women’s suffrage.

Sarah Parker Remond is buried in an unmarked grave at the Non-Catholic Cemetery in Rome. A fund has been established to install a plaque there in her honor. Please have a look at our Donations, Please page and join us in establishing a memorial to this internationally significant 19th-century African American woman.

Be sure to see the website for the Sarah Parker Remond Plaque Project:

All donors will of course be invited to the unveiling celebration in Rome!

Watching Rep. King from Iowa and some other jerk congressman smirking as they taunt Obama about the debt issue and call him a flat-out liar. This is so outside of politics. It’s just race-baiting and setting up the black guy while calling him ignorant and inept.

Obama has more than a few flaws, but those are primarily issues between him and the disappointed left, myself included at times, but our differences, however strong, don’t bring about a failure of common decency.

This constant attempt at humiliation simply would never happen with a white President no matter how strongly partisan the opposition. The frustration of watching it brings me close to tears. Well… “Get up, stand up.”