Hard To “Plan” For Some Encounters With Police 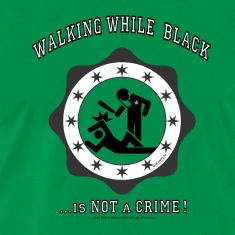 Something that doesn’t gets discussed. There’s appropriate emphasis on “the talk” with black youngsters, and telling black people in general how to act when they are stopped by police. What is not factored in is the sense of total surprise and world turned upside down of minding your business one second and being treated as a crime suspect the next that frequently happens to well-dressed, respectable, pillar-of-community black folks going about their business who are suddenly stopped on the street and told they “resemble” the description of someone who just committed some major crime. Never mind the often 20 years, 40 pounds, and 6 inches of height difference between the perp and the person stopped.

It takes an inordinate amount of presence of mind to really deal calmly with a situation where you have to wonder what someone crazy enough to stop you with that rationale is in fact likely to do next. The disconnect is so great that it’s as if you are standing there facing a police officer who has gone completely off his rocker.

The visceral response is to get distance between yourself and someone with a gun who is babbling incoherent nonsense about you possibly having just robbed a bank or something of the sort. It’s one thing to plan to be polite, respectful, follow instructions, not talk back. But in reality, how could you possibly not be overcome by initial confusion, ask questions, or say something?

I’m not talking about Michael Brown or Eric Garner, here, but the hundreds of thousands of black men and women, or worst of all, teenagers, who are caught totally off guard. Who, in their right mind (outside of daily life in a ghetto ‘hood, sadly), plans on or even rehearses for being stopped in their tracks in that way during an ordinary business or school day? And the police know that and often take advantage of that confusion to claim resistance and escalate the encounter.