In response to someone who asked:

I read “Mockingbird” l-o-o-ng ago. Don’t recall seeing the movie. It’s one of the Great White & Wise Savior books that are supposedly about the catastrophe of American racism although the only character presented in any (cliched) depth is the white man or woman, overcome with noblesse oblige, who does one important thing for one black person and that’s that. 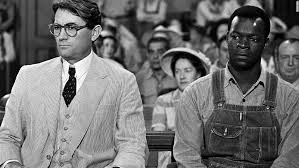 I never taught the book, and because it’s frequently taught in middle school/high school, I admit I sort of considered it almost, but not quite, in the Young Adult category. Although I gather it’s considered a Great American something or other, and thousands of people have been naming their children and dogs Atticus for decades.

I like the way black scholars of race, law, and society have gone right to the heart of the matter, and are certainly not unhinged by the depiction in “Watchman” of AF as an elderly southern white man of his time and place and with commensurate ideas, beliefs, assumptions, experiences, and attitudes. 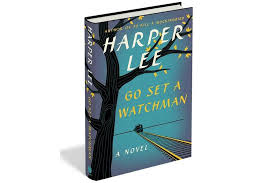 “Mockingbird” seems to me to have long been a book that white people can read and feel “gratified” by, while being in absolutely no way moved to protest the flying of Confederate flags on government property.

Posted in Go Set A Watchman, Harper Lee, To Kill A Mockingbird