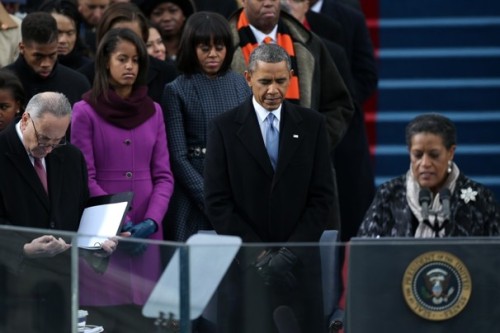 Myrlie Evers-Williams became the first laywoman to give an inaugural invocation at President Barack Obama’s inauguration Monday. Evers-Williams is the widow of civil rights leader Medgar Evers, who was killed by a white supremacist in 1963.

“You can kill a man but you can’t kill an idea.”

This is Myrlie Evers, who gave the invocation, with their son at the funeral of her husband, Medgar Evers. He was a civil rights activist in Jackson, Mississippi, and was shot dead in his driveway in 1963. She has had a distinguished career in national and international human rights organizations. 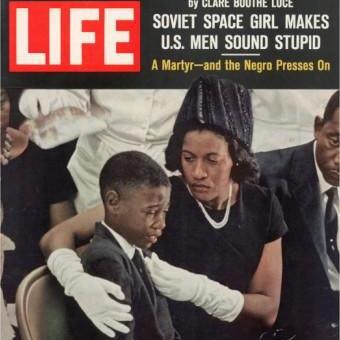 Okay, I’ll duck the “give it a rest!” spitballs. Just want to say that, doing her research, the author of The Help saw this cover and read the coverage in the widest selling magazine of that era, and still wrote the story she did about that exact year.