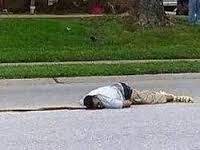 Michael Brown is dead. Any offenses he committed in life died with him. The convenience store video has zero to do with the manner of his death. Chief Jackson is a vicious, cynical, dangerous racist who

– Allowed Michael Brown’s body to lie in the street for hours before it was removed in a police van rather than an ambulance.

– Gave Officer Darren Wilson a solid week of anonymity and cover to concoct whatever story and make whatever personal arrangements he wished. And time to thoroughly scrub his name, image, and words from all online locations, email, and social media.

– Ordered/allowed his police officers to transform themselves into a deadly occupying militarized force that acted with impunity against citizens and members of the media.

– Revealed the surveillance video and distributed copies of stills from it without alerting Cpt. Johnson, and claimed to act under FOIA which has no mandate that requested information be made public let alone distributed at a press conference (If, in fact, there had been such a FOIA request at all.)

– Waited hours to say there was no connection between Michael Brown’s death and the video.

– Said Wilson, who shot Brown, had no disciplinary action on his record. That does not address the possibility of complaints against him.

Flail as they might, Chief Jackson and his minions are not going to get away with this. A corner has been turned. Whatever attempts are made to demonize the victim, his killer will be held accountable.

And a bit of Ferguson Police Department history: 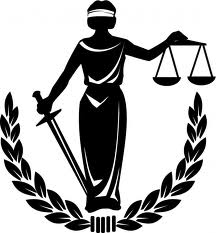 This entry was posted in Ferguson MO, Michael Brown's Death. Bookmark the permalink.