“We pause now to mark the 150th anniversary of the most important New Year’s Eve in American history.” *

Much has been accomplished; much remains to be done 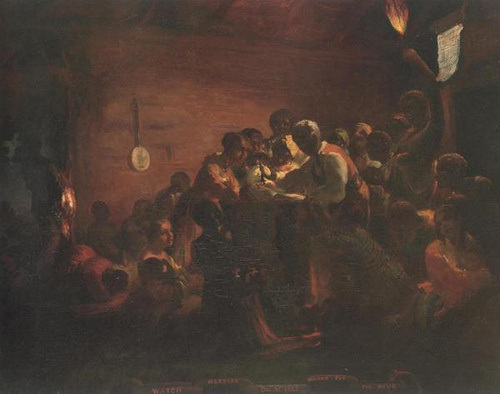 W.T. Carlton’s painting is variously called “Watch Night — Waiting for the Hour” or ” Watch Meeting — Dec. 31st, 1862.” It was sent to President Lincoln by abolitionist William Lloyd Garrison in 1864 and also circulated widely as an engraving (below). The painting now hangs in what is called the Lincoln Bedroom, really that president’s study and Cabinet Room, over the desk upon which he signed the Emancipation Proclamation on the afternoon of New Year’s Eve, 1862. 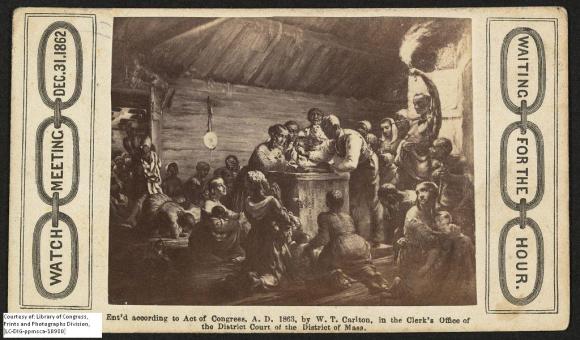